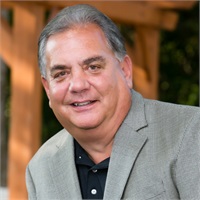 John Schablein, CFP®, a Financial Consultant and founding partner of Focus Wealth Management. John and his partners started the firm in 2008 based on a commitment to sound portfolio and risk management that is client centered. John has been practicing wealth management since 1985 and is experienced in all areas of wealth management including portfolio construction, pre and post retirement planning, estate planning, insurance planning, and college funding. All planning is based on the uniqueness of the individual, taking into consideration the needs and goals of each client. John has met rigorous education, exams, and ethics requirements to obtain these qualifications including a Bachelor of Science Degree from the College of Mount Saint Joseph in Finance and Business. John has an Executive Certificate in Financial Planning from Xavier University and holds series 7, 24, 63, 65 registrations from Cambridge Investment Research, Inc.

John strongly believes in community service. He has served as President of the Cheviot Westwood business association, President of the Cincinnati West chapter of Business Networking International, as well as President of the Three Rivers Cleves Kiwanis. John is active in supporting numerous charities including the Cleves Bloc house community dinner and food pantry. John spent 14 years as the coach at Roger Bacon High School where he was named Cincinnati Enquirer Coach of the Year in 2005. He is currently coaching at Cincinnati Hills Christian Academy. John and his wife Mary Jo were married in 1983 and are lifelong Cincinnati residents, where they also raised their two children. They currently are enjoying being grandparents to two grandchildren and are hoping for more.